A common tactic employed by Democrat candidates in Elbert County is an appeal to Republicans. They work real hard to blend into the woodwork and give the impression they are supported by Republicans, that there is common ground and that despite political differences, they are the right person for the job. Really? If party affiliation doesn't matter, then why are they Democrats?? Let’s take a closer look.

Any candidate with a D for Democrat behind their name has bought into the Democrat Party Platform. If they didn’t support the platform, they wouldn’t be a Democrat. Open borders, universal health care, disregard for the constitution, control and restriction of the 1st Amendment (speech) and the 2nd Amendment (guns), protection and expansion of abortion rights, reduced military spending, and so on and so on. If you are a progressive-liberal it’s ALL GOOD! In fact, these local Democrats passed resolutions at their 2016 Assembly that supported these issues and many more that Republicans never would.

If Republicans are passionate for faith, family, and freedom, Democrats are passionate about finding a government solution for every problem known to mankind. Do you really trust the judgement of a county commissioner candidate who waved Obama for President signs at the corner of Highway 86 and County Road 13 in Elizabeth?? How about someone who is voting for Hillary Clinton and thinks she is trustworthy??

If the foundation of your candidacy (political aspiration) is the Democratic Party Platform, then you are out of touch with Elbert County. Maybe that is why Democrats in Elbert County have dwindled to a mere 13% of registered voters. This is hovering dangerously close to the minor party status and at the same time registered Republicans have increased from just over 50% to 55%.

Whether it is the school board, town council, or the board of county commissioners, a primary role of these elected officials is fiduciary or financial oversight. A Democrat would advocate to increase revenue (ie. raise taxes) to meet the funding shortfalls. The goal of a Republican is to cut expenses to stay within budget. The priority of a Democrat is more government and greater control. A Republican would advocate for a limited-constitutional government while empowering the individual through the protection of freedom and liberty. Clearly, two fundamentally different political viewpoints.

We see signs that say “Republicans for” the former chairperson of the Elbert County Democrats. No way! A stretch at best for a few loyal friends, but a campaign gimmick at worst. Reaching for campaign tactics that appear Republican friendly are only to shield the true identity of Democrat candidates that have bought into the progressive-liberal agenda of the Democrat Party.

There are three excellent Republican candidates for county commissioner. Fiscally conservative, consensus builders, with each having a positive vision for Elbert County. I hope you can join us on Thursday, October 6 @ 7pm, for our Republican Candidate Forum at Frontier High School. A forum to help you better understand who they are and their views on addressing the important issues that are impacting us in Elbert County. 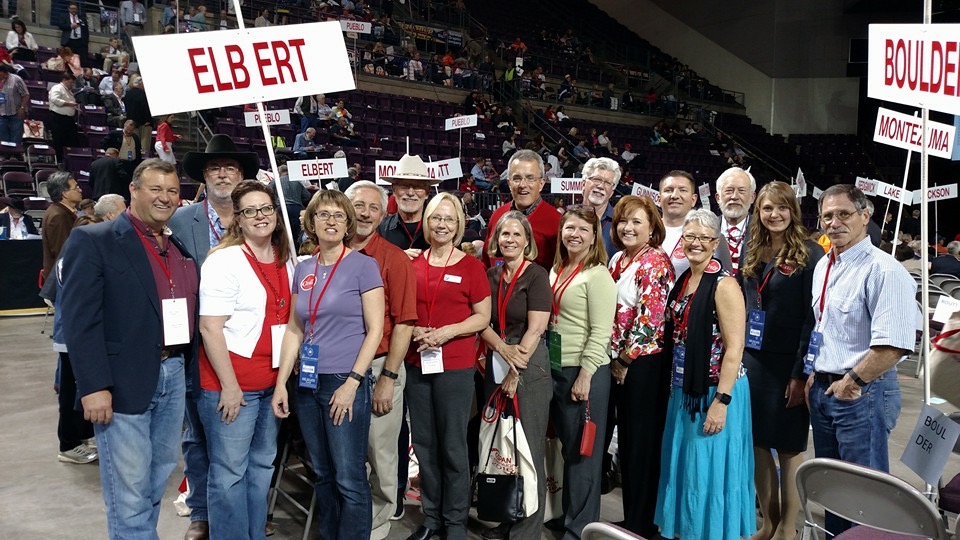