A Word From the Chairman

A Word from the Chairman:

Election 2020 – a very disappointing election on so many levels.  This includes President Trump and Senator Gardner losing by such large margins in Colorado, the impact of voter fraud in several states, the premature claim of victory by the liberals, and the loss of several of the statewide amendments and propositions including late-term abortion, National Popular Vote, re-introduction of the grey wolf, etc.  Having said that, here are some bright spots from an Elbert County Republican perspective.  Link to Elbert County Election Results

The importance of our Get Out The Vote (GOTV) efforts is evident in the John Kellner – Amy Padden race for district attorney in the 18th Judicial District.  The race is within 1,500 votes with John ahead.  The race should be called by Friday and will be decided by late returns.  The 75% - 25% vote for John Kellner in Elbert County was critical for him to be competitive and hopefully will carry him over the finish line.

As the official Republican poll watcher in Elbert County, I couldn’t be prouder of the election operation led by Clerk and Recorder Dallas Schroeder, Election Manager Rhonda Braun and including the election judges from both parties.  We should all have a high confidence level in the election results in Elbert County due to the checks and balances in place, the levels of accountability, and the transparency in all program elements.  Having said that, every American should be concerned with the allegations of voter fraud in a number of states.  These issues include little or no accountability of signature verification, judges handling ballots without a representative from the other party, judges allowed to mark ballots, huge numbers of under votes (where ballots are marked for only one candidate), computer glitches that transpose vote totals, higher county vote totals than registered voters, ballots received after election day, boxes of ballots showing up in the middle of the night, intimidation of poll watchers, approved poll watchers prevented from observing ballot processing, votes by dead people, etc.

Based on the sheer volume of signed affidavits of voting fraud, I stand behind the Trump Campaign to fight the premature calling of the election for Joe Biden. See allegations of voter fraud.  The election isn’t over until the results are certified, regardless of what the lamestream media says.  If the extent and severity of known voter fraud continues to grow, lawsuits may force recounts and put into play several states that the media has claimed victory for Biden.  I believe every allegation of voter fraud should be properly investigated and that the election results should NOT be certified until the issues are resolved.  We need to pray for our President, our country, and the daylighting of any and all voter fraud.

Thank you for all your support and involvement.  It clearly made a difference.  A special thank you to the Elbert County Republican Central Committee and our many volunteers.  We had a ton of fun this fall (the Trump Train Caravan with the Tank was the best) and let’s stay committed to our conservative values and the Republican platform. 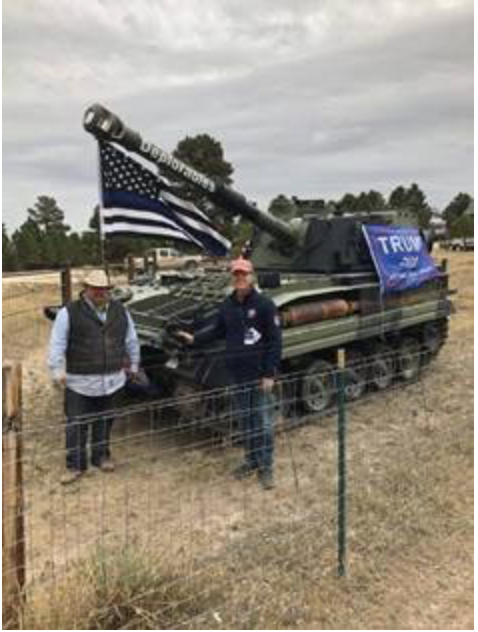