A Word From the Chairman 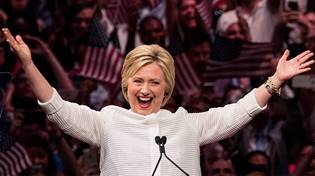 The local Democrats are working real hard to hide the fact that they are Democrats and to shield the D label from their candidates.  They have helped create a brand that no one wants to be a part of or stand behind, at least publicly.  There are fewer registered Democrats in Elbert County today than there were in 2008!  The percentage of D’s in the county has dwindled from 16% to 12% during that time and it continues to drop.  Unfortunately, for the Democrat candidates, they cannot run from the Party Platform.  The foundation to a candidate's position on all of the key issues can be found in the Party Platform.  Colorado Democrats have approved the 2018 Colorado Democratic Party Platform.  The Platform spells out where they stand on a wide range of public policy issues.   The document wasn’t developed in a vacuum in Boulder or Denver, but had input from Democrats from across the state and was approved at the State Central Committee Meeting hosted in Elizabeth (yes, our Elizabeth) at EHS on July 14.    The document clearly identifies where they stand on a host of issues including taxes, the 2nd Amendment, socialized medicine, abortion, energy, etc.  Attached is a link to a short summary of key provisions.

Before voters buy into the false argument that Party doesn’t matter and just vote for the most “experienced” candidate, check out the Colorado Democratic Party Platform.  After reading it, you tell me, for example, if you want a Democrat Sheriff who supports the Democrat Platform and the erosion of our 2ndAmendment rights; open borders, and the Constitution being a “living breathing document” as well as other widely held Democrat positions of eliminating ICE, pro-sanctuary cities, pro-marijuana, etc.

Party DOES Matter.  If you are a Democrat, be a proud one and tell us why you voted for Hillary and why you are active in the anti-Trump Indivisibles.  I’m a proud Republican.  I support the President, the Republican Platform and our Republican candidates including Sheriff candidate Tim Norton.